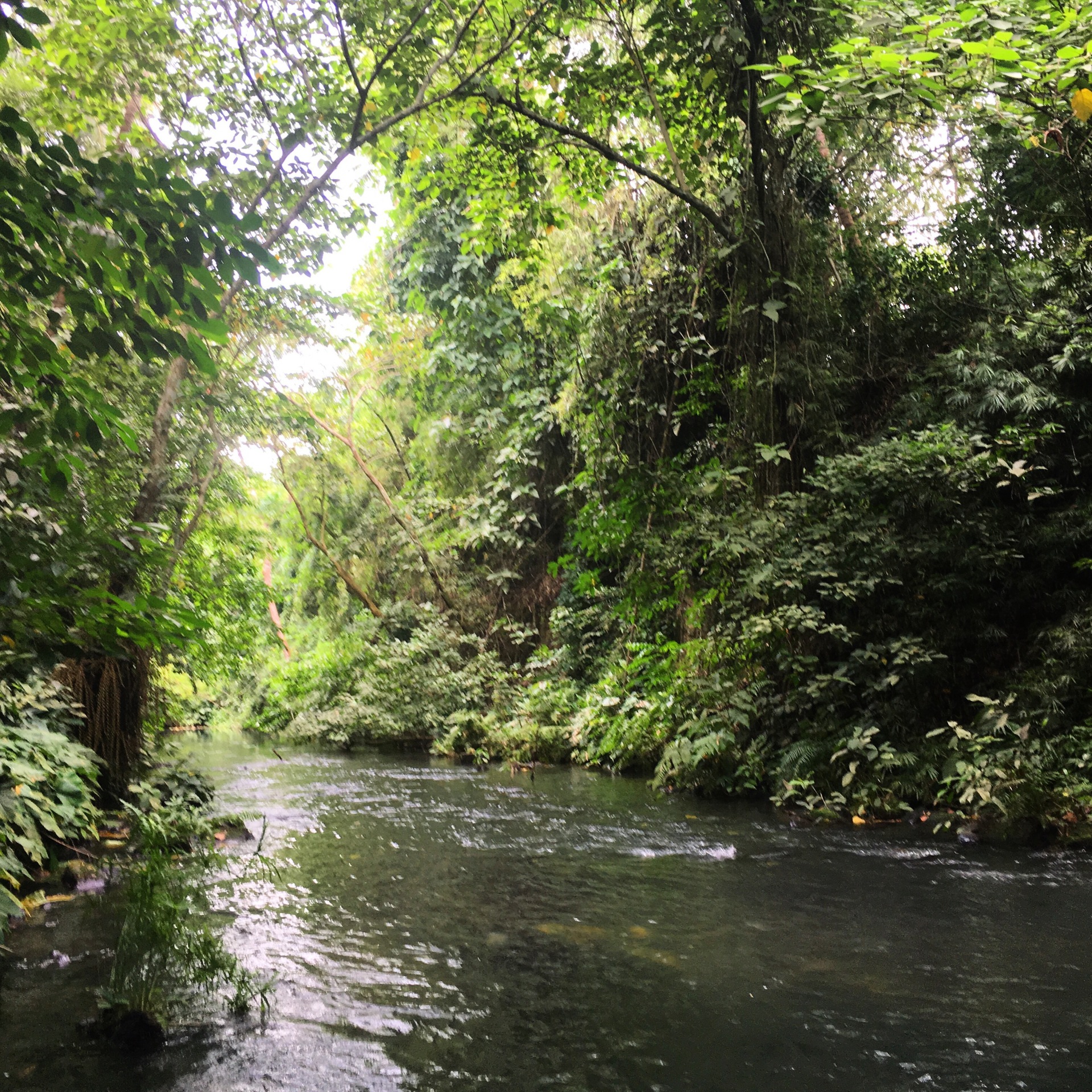 If you grew up in Manila the 70s and 80s, Villa Escudero was the place for family vacations. And now, decades later, the resort still hasn’t lost its charm.

Highlights included (and still includes) rides in hydraulic carts pulled by carabaos with flowers on their horns, as well as dining at the foot of a small waterfall, letting your feet relax as the water flows gently past.

The Tiaong, Quezon resort is part of a coconut plantation located in the middle of mystical mountains Banahaw and Cristobal. Running through it is the Labasan River, whose water comes from the foothills of enchanted Mt. Banahaw and is so named because the old folks believed that at dusk, ‘naglalabasan ang mga diwata,’ the fairies come out.

The people who live there say that the place is enchanted. I asked Don Conrado “Ado” Escudero, the resort owner, whether there is any truth to the supernatural stories. Don Ado recently launched Villa Escudero Coconut Plantation Cookbook, a book on Villa Escudero’s foodways. He was happy to answer questions about the resort’s original occupants.

“We were brought up in a Spanish background, naturally Catholic religion, but we (follow) what our ancestors told us,” he said. “They always tell us always to respect Mother Nature because (this land has) always been taken cared of by the fairies.”

Don Ado has never heard or seen anything himself (he’s not even sure he believes in them), but many other people have. “There are times when our guests report, and very innocently, that very early morning, they would hear very nice songs that they cannot understand coming from the other side (of the river),” he said. “We say, ‘That’s just your imagination.’ We belittle those things. We say, ‘That’s good! Mother Nature is taking care of you.’”

What really sets Villa Escudero apart from other resorts is its waterfall, which has been a picnic area since the 1800s. Don Ado tells of an occasion: “A group of five ladies came to me after about the two weeks that they were here. They brought with them a picture of the waterfalls. They were at the bottom. There was a lady behind them. But the waterfall was two or three feet behind them, so where was she standing? They wanted to know who that lady was. I said, ‘I don’t know. Maybe that’s a double exposure,’ but actually, I wondered (who she was) because how can that lady be at the back? And not just once. Several times. I can only attribute it to the nice people.”

The staff has told him their own experiences as well. “We had employees who would report to us that there are little people who take care of the waterfalls. This is what they say: to please leave some syrup for them. They like syrup. And so we would do that. And we would lock the room and the next day you go there, it’s empty. Many times like that. I play the game; nothing to lose. Nobody’s hurt,” Don Ado says.

Sacrificing an animal before construction starts, or ‘padugo,’ is a common practice among Filipinos. Usually, just one chicken will do. At Villa Escudero, it seems that the elementals have bigger appetites.

“Back when we were going to build the pool, I was approached by the builder who said, ‘We need to make an offering.’ I always follow them without any question,” Don Ado said. “But when they brought in the backhoe, it stopped just as it was starting and there was nothing (anyone) could see that was wrong (with it). And then one of our employees who sees–the third eye, they call it–said, ‘That’s easy. We have to kill more.’ The minute we did, it worked.”

Does Don Ado believe in the supernatural? “Those are little stories. I play with it. Why not? Nothing to lose. It’s not a matter of believing. It’s not hurting me,” he says.

Some people say that aside from protecting the environment, the elementals of Villa Escudero also guard treasure. “(People are) always telling me, ‘Sir, there is a very very big sum of gold that’s hidden here.’ So I say, ‘Will they share it with me?’” Don Ado said.

“And you know, many times, we do see spirits that are really in that area guarding it. But I haven’t really seen anything. I wish I could dig it up. I won’t hesitate. “It’s an interesting life. I’m not superstitious but I’m always careful.”

One thought on “Supernatural Stories from Villa Escudero”