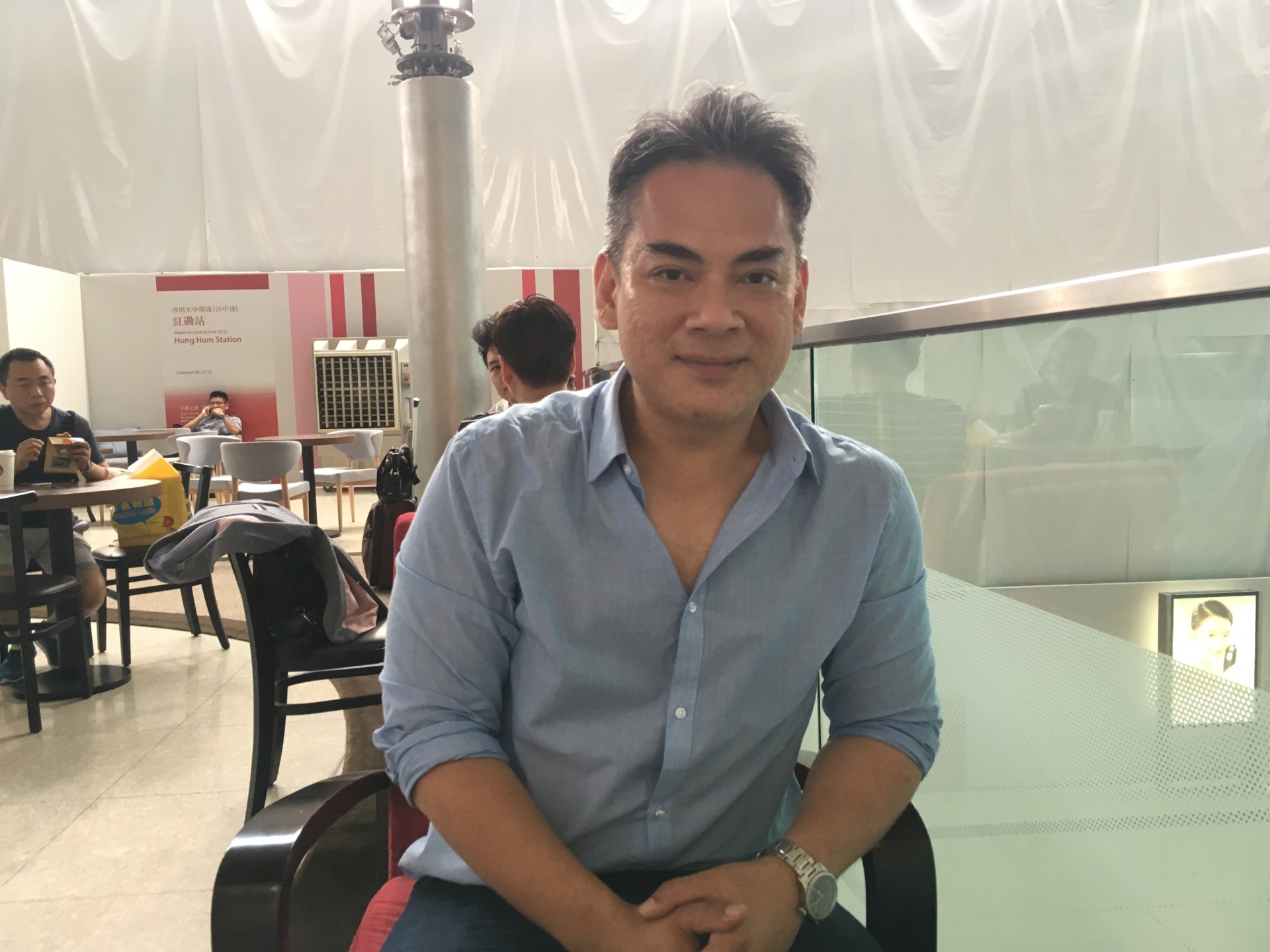 Danny Chan teaches Communication and Language in Hong Kong Polytechnic University. He is currently finishing his Ph.D. dissertation in Hong Kong Studies on Time, Temporality, and Spectrality in Hong Kong.

I had the opportunity to interview him about Hong Kong’s relationship with the supernatural. I expected urban legends and stories linked to nature. Instead, what I got was a rich supernatural world built on Hong Kong’s history as a British colony, its role after the Handover to China in 1997, and its ever-changing conversation on what it means to be from Hong Kong. I’ve split the interview into two parts. Here’s part one.

How does the concept of the supernatural in Hong Kong relate to its history?

The way I see it, the hauntings that we get in Hong Kong are not typical. They’re not like Hollywood where nothing usually happens in the city. It has to be in the suburbs, buried underneath, so the hauntings start from something like sacred ground. You see something hiding from the past that you have to search for to

find the truth, and once unearthed, it’s always about Native Americans, African Americans, slavery–they are hauntings from the past.

In Hong Kong, it’s a bit different. What we have is something I relate to our struggle with nationality. On one hand, Hong Kong was once a British colony, so we didn’t talk much about nationality. Are we British? Definitely not. In terms of culture, behavior, language, everything, we have nothing whatsoever to do with British culture. On the other hand, are we really Chinese in the sense of Mainland Chinese? We are always struggling.
Not politically correct, but up until this moment, we’re a part of China but are we mainland Chinese in manner? Not really. We’re still fighting against it.

I’ve looked into fiction, I’ve looked into popular cinema (and) poetry back in the 50’s (and) 60’s, they had one thing interesting–they always struggled with the idea of nation because they didn’t know how to fit it in.

Can you give us an example of this?

If you’re interested in urban legends, let’s talk about the train. You can take the train down to the Chinese University of Hong Kong is located.

There used to be a border in between Hong Kong and China in that area. There was a girl with her boyfriend, I think they were trying to sneak into Hong Kong from Mainland China. Exact dates and times, nobody remembers, but that’s how the story goes. They were passing through the border and had two choices: either jump off the train or remain on it. If you stay on the train, you get caught by the border patrol. If you jump, you risk killing yourself. The boy jumped successfully. The girl tried to jump, but her ponytail got stuck on the train and it blew her face off. Some people say that if you go to there at night and you hear someone calling your name, run away. So that girl is still haunting the area. If you look at what makes these stories fascinating, you’ll be like, ‘We are Chinese but we are split into different territories.’

Please tell us about your idea of a haunting as an anti-national identity.

One chapter of my dissertation is about 50s and 60s Hong Kong cinema: It’s interesting how we like to (pick on) Southeast Asian countries in Hong Kong movies. Thailand is always the country of the righteousness–they believe in Buddhism and in the end, they always save people from hauntings.

There’s also usually an evil shaman from the Philippines, Malaysia, Vietnam, or Indonesia. What’s interesting is you see that there’s a sense of compensation. Hong Kong will never be a nation. Back in 50s and 60s, the handover was still far, far away. But you notice that though we are not a nation, in terms of development, it seems that we are more advanced than these places. These people, they come from a complete nation, they have an identity, they have a language, but they are always vulnerable to hauntings and ghosts.

These shamans come from their own countries, and the funny part is that they stroll around the streets of Hong Kong in their traditional costume–the filmmakers are making fun of all these things.

I remember a movie about–they called it the laman curse. The guy must have come from Malaysia–he would do some magic, say the name of the victim and stick a needle (in the laman) and the victim would die or suffer a lot. There’s a funny scene where the shaman was trying to dig up the road in Hong Kong but he couldn’t because they were all cemented, so he found a hole and put the laman there, trying to do the exact same thing he did back in his hometown. After two-three seconds, because this is a busy road, the government sent people to block it off and take the laman away.

So there’s that kind of modernity, that kind of governance that indirectly sees Hong Kong (as) being protected from all these ghosts. I call it a kind of nationless compensation. On the one hand, yes, we are not a nation, but if you look around Southeast Asia, these places are all nations but what do they have? They have ghosts, hauntings, eerie happenings.

I was born in Malaysia. I came from KL when I was a kid, and I heard a lot of these stories from my mum because in Malaysia, there are tons. Everything could be related to hauntings.

The best ghost story teller in the family would be my mum. She was born in the 40s. Back then, they didn’t have a lot of money so they had to move around, living in different kampongs–villages. These are places where you usually find the conflict between traditions and the so-called modern way of life because back then, people knew that the world was changing, but (it was slow to reach them). So there’s that very interesting mixture in Southeast Asia, and partly this is in my blood, I guess.

(My interest in it is also partly because it’s) an area not really explored by people, and even if it’s been explore, it is usually talked about with nostalgia. My argument would have a lot to do with our sense of being nationless.

Please tell us your theory on how Mainland China affects the way Hong Kong looks at the supernatural.

I think Mainland China is another thing that shaped Hong Kong’s thinking about ghosts, even up to this very moment. Under communist ideology, there’s no such thing as ghosts. China is currently one of the richest countries in the world and they still have a highly managed pop cultural scene.

If you do a little bit of research, every year since 2010, you see the number of supposed horror titles go up, but because there’s no such thing as ghosts (there is a ban on the depiction of the supernatural). How do they ban it? You can still show all these things–hauntings, special effects–but in the end, a. the victim has hallucinated; b. it was a set-up by someone evil; c. they always find something that can explain it scientifically. That’s one way to keep the ghosts away.

The funny things is on one hand, you have the state really standing there, keeping you away from that particular route, but on the other hand, you see that there’s a huge demand for all these things.

Is Hong Kong cinema affected by this?

Not really. We’re still free. We have lots of freedom. Even Hong Kong titles that go back to Mainland China are still considered foreign films. There are co-productions, but no one produces horror films. They usually have happy ones–love stories and Chinese New Year movies.

Before the interview started, you mentioned that the university area held a lot of urban legends.

If you go down one side, there’s this area that’s all funeral parlors on the Kowloon side. That’s the funny thing in Hong Kong. On one side, you have this concentration of funeral parlors, so you have all these people wailing and crying, and then just two blocks away, you have the brand new residential area, sky high, expensive, and will cost you HK$9M or more. Only when it comes to that particular part, nobody dares to touch it.

Let’ start from the University campus. There’s a fountain right at the entrance of Poly U. The saying goes that students shouldn’t touch the water because touching it will bring you bad luck and you can’t graduate. It’s cursed.

Why is it cursed? Because some workers died in an accident when it was constructed. They say that in the middle of the night, there would be heads floating out of the water. But that’s one of the busiest areas. I walk by every day. Outside, there’s a huge bus station. But this is how people see it.

There’s also a story about the top floor. Some workers died by being cemented alive and since then, some people say that you can see hands coming from the floor.

There’s a path that students avoid because of a female ghost. Years ago, she jumped off the roof so now they say that after midnight, if you see a girl smiling at you, you’d better run away. It plays with young people’s idea of flirtation and gender, mixing it up in one go.
Part two will be up next week.