We were supposed to stay at Carles for two nights but decided to head back to Iloilo City early because of the storm. We picked Seda, a hotel that served breakfast because we thought surviving a storm was a good reason to splurge a bit. Of course, traveling with companions also means that expenses are split, so that was a big help, too.

Even though we swore up and down that we were so full from breakfast that we couldn’t possibly eat for a week, we found ourselves hungry around snack time, so we headed to Roberto’s, a diner famous for their siopao.

A line snaked from the cashier to the outside–patrons paying their bills or getting takeout. We easily secured a table. The orders arrived quickly, and even though we said we were still full from breakfast and would probably take part of our merienda, we ended up finishing everything. 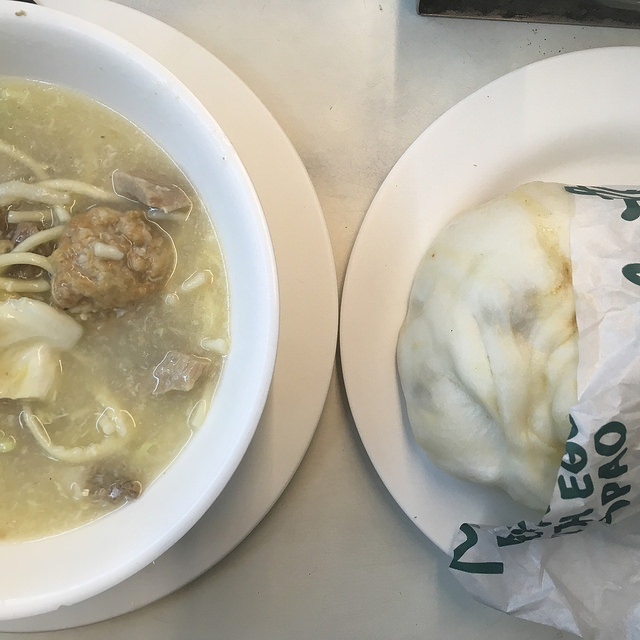 I got lomi and the regular siopao filled with pork adobo and half a hard boiled egg. The claim is right–you don’t need sauce to enjoy it.

We had a lot of time to kill before our flight, so we decided to explore the area. You know what’s better than all the quaint nooks and crannies we stumbled across while exploring the city? The feeling of safety we got all throughout.

We stopped for one last coffee break before heading to the airport. A friend had recommended Fuel.Ph, saying that even a lot of locals did not know about its existence. The cafe is located inside a warehouse compound and is apparently a watering hole for creative types.

We were to get drenched one last time, a monsoon raining down on us just as we waited for our cab after leaving the coffee shop. It rained so hard that we thought that our flight might get cancelled. But, monsoons being what they are, the rain subsided after half an hour, and we were able to head to the airport and fly back home in record time.