Ichikawa Sensei has a passion for monsters. “The major of my study is Japanese yokai–Japanese monster beings.”

Ichikawa Sensei is an assistant professor at University of Tsukuba in Japan. Tsukuba is Japan’s science city, so the the University is rightly proud of its science courses. It’s got a great arts program as well, and Ichikawa Sensei, who teaches art education, is one of its distinguished faculty. 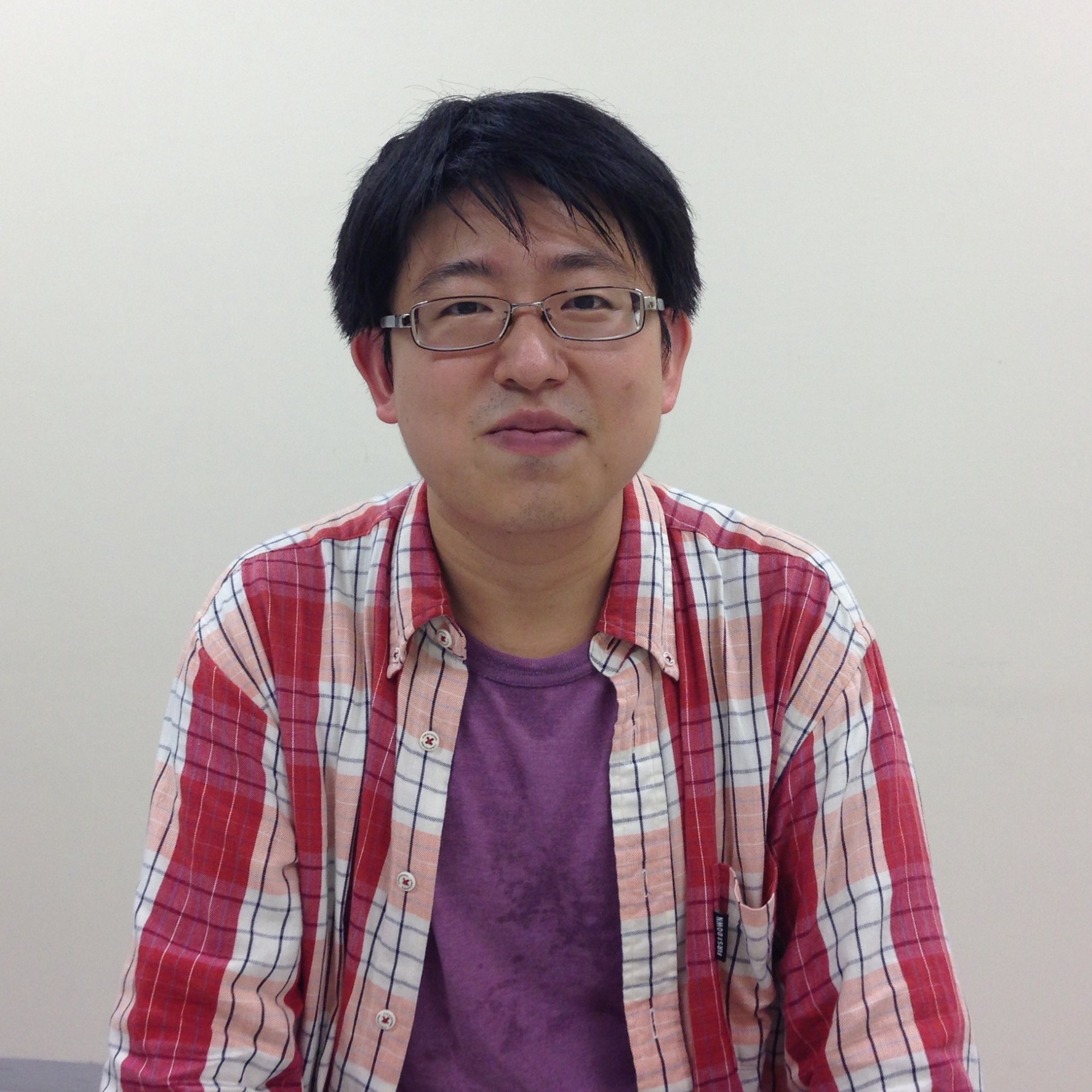 We were introduced by a friend who also teaches in the university who knew that I was interested in folklore. We meet in his office in the University, a big room sparsely decorated with utilitarian furniture like shelves, tables and chairs–the basics of a university professor’s office. “I started studying monsters six years ago; I research tales from all over Japan. The contemporary use of Japanese monsters is my main theme.”

Ichikawa Sensei is friendly, his enthusiasm for the subject matter cutting through his natural shyness. English isn’t his first language, but we understand each other fine. He is constantly pulling out books with illustrations of the being he is talking about. “This is a nue. His head is monkey, his tail is snake, legs, are tiger and body is racoon dog. This is written about 1300 years ago. The voice of this monster is very mysterious and emperors then were very terrified of his voice,” he says. “I like the nue because this monster has a long history that transforms from generation to generation; it is very interesting.”

His interest in Japanese folklore began in childhoon. “When I was in kindergarten, I liked to read animal books, but animals are very limited, so I became interested in mysterious animals like chimera, unicorn, nue, and so on.” This interest grew as an elementary student, especially because of the TV show Gegege No Kitaro.

He turns the pages until he finds the picture he is looking for, an old Japanese painting depicting an ugly, disheveled water creature. “These pictures are drawn in Edo era, about 200 years ago. This is the work is made by Toriyama Sekien a ukiyo-e painter, and these pictures are motifs of — works, for example, kappa. Kappa is one of the most famous Japanese monsters. It’s a fairy of water.”

He explains that originally, belief in monsters and demons were a way of guiding people. For example, stories about evil creatures kept people out of dangerous places. “The original Japanese monster is very fairy-like, and these monsters appeared in dangerous places, for example, the kappa appears in rivers where many children drowned; don’t go to such a dangerous place because there are kappa, they will drag you into the river. This is the original (purpose) of yokai,” he says. “Japanese culture is a culture of variety. It is said that in Japan, there are over 1000 varieties of yokai, and this variety is very fit in Japanese culture, so many manga or anime use yokai as a motif of the world.”

Ichikawa Sensei says that nowadays, the purpose of the yokai is changing, going from something scary to something cute. “Most small children like yokai, so I sometimes talk about yokai at elementary schools. Some children are scared, but the others are very interested in yokai. But that’s important, the (being scared of) yokai, because (if) they like yokai, (they might) to dangerous places to see yokai. This is not the main purpose of yokai stories.”

He adds, “The scary yokai is very important, but today’s manga use yokai as not scary beings, and I think this is a little problem… There are two (thoughts about this)–of course, many children like yokai, so they are not scary. This is a good point. But the main purpose of yokai is still to scare. For example, this is a very famous manga among Japanese elementary schoolchildren called Yo-Kai Watch. This is not scary. It’s very kawaii. This is not original Japanese like kappa.”

It’s not all about turning the scary into the cute and desirable, however. Ichikawa Sensei says that there are still holdouts that adhere to the traditional view of Japanese monsters. “There’s Ushiku, about 20km from here. The symbol of the city is kappa because there is Ushiku pond in the city, and it is said that there are kappas in the pond, and about 100 years ago, a painter called Ogawa Usen lived in Ushuku, and he (produced) many kappa paintings–100 pictures of kappa–very famous.”

Part of the new way of looking about yokai, brought about by literature and mass media, is the severance of ties from a locale. “The relationship between the place and the story is important when you think about yokai because yokai are very very local beings. But nowadays, for example, this character does not have a locale,” he says.

Monsters also serve as a way to remind people to be more careful. “For example, hidarugami appear in the mountains. And to not meet hidarugami, you have to have a rice ball in your pocket. When you feel so hungry, you (have probably encountered a) hidarugami. If you have rice ball (on hand), you won’t feel hungry in deep mountain. This (superstition) is not for children, but for adults. Very educational too for the community.”

I ask if he’s ever met anyone who’s encountered a yokai. “I met a person who played with yokai when she was young. She used to play along riverside. Once, a man with long hair came down from top of the mountain and played with her. A monk. She wondered who he was and asked her father about him. He said he is a monster called Yamajiji.”

Unfortunately, he says that anyone who’s claimed to have met a yokai is always of a certain generation. “They are not young. The young generation has not met yokai. (They don’t believe in them); they (view the) yokai not as belief, but entertainment.”

Does Ichikawa Sensei believe in yokai? “I don’t believe in monsters but I’m interested in monsters, which are created by people and told generation to generation. This is very creative motif in Japanese folklore culture.”