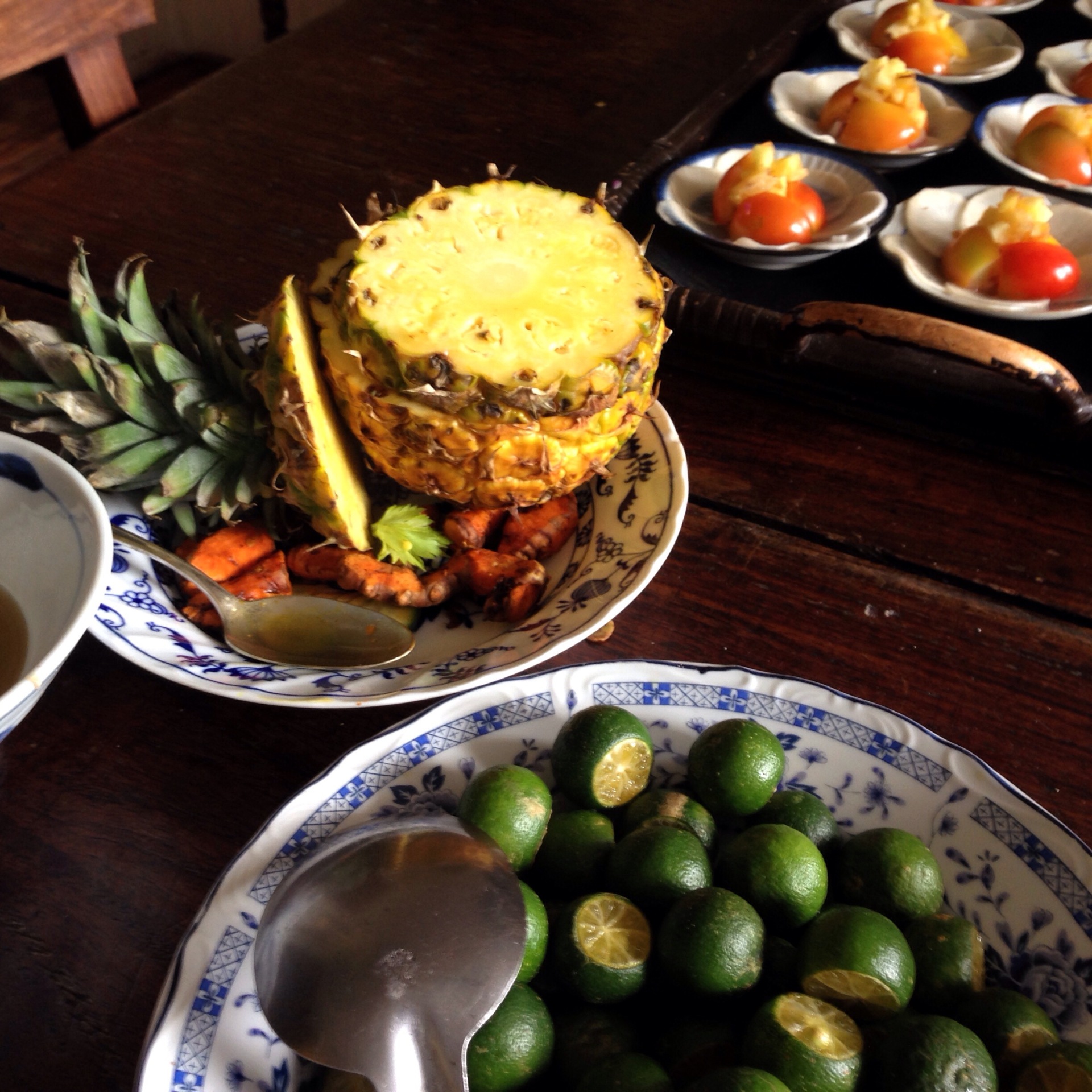 Chef Yana Gilbuena is behind the Salo Series, where she spent 50 weeks traversing all 50 US States, whipping up a Filipino feast in each one. She was in the Philippines last June, originally for research, vacation, and to visit the school she’s sponsoring in Capiz, Panay. She got to do two out of three.

“I’m so tired. I don’t think I took a vacation,” Gilbuena says cheerfully.

Gilbuena is always cheery, attacking everything with curiosity and zeal. Her friendliness has helped her get to different places and meet interesting people. It’s certainly helped with her research. “I think people find me, or I find them, and I think that you just talk about things that you like. ‘I know someone who does this.’ ‘Cool! Can I go?'”

The reason for her trip to the Philippines, first and foremost, was to visit the school she was raising funds for. “I wanted to meet em personally,” Gilbuena says. “That was the whole point of being home. And then the rest of it was to explore, because there’s so many islands, so many provinces that I have not been to, and obviously each one will have dishes that I don’t know about, that I’ll want to bring back so I’ll have a fresh arsenal.”

Her current fascination? “I love the kakanin. They’re so different in each region, it’s ridiculous.”

She also got to visit Cagayan de Oro. “I’d never been to Mindanao, so that was the other thing I wanted to do, just go down south.”

She’s been hosting pop-ups around Manila, all of them always sold out. I was lucky to be invited to the last one, held in Villa Tortuga in the heritage town of Taal, Batangas. The event was help in cooperation with Kalel Demetrio, a beverage consultant and instinctive mixologist, who crafted Filipino-themed cocktails specially for this event.

Villa Tortuga is a heritage house turned bed and breakfast. It also hosts dinners by appointment, serving a selection of Taal specialites. What makes it uninque is the photography studio on the first floor, where guests can rent Spanish-era costumes and have their pictures taken. They can also wear the costumes to dinner, if they please. There could not have been a better place for Salo’s last leg.

The meal started with a surprise amuse, a light salad  of tomato, pineapple, and radish.

This was followed by Sinuglaw, local fish with gata, vinegar, dayap, red onions, and ginger topped with grilled liempo. “I personally love the sinuglaw. The pork with the kinilaw and the coconut milk. So good,” she says. “Everything that you would want in a dish, it’s there. The fish is fresh, the pork is grilled and fried, it’s like, ‘Yeah!'”

Then came my personal favorite, Tinolang Tilapia, seared tilapia served with grilled papaya, roasted squash, and malunggay. Basically a fish binakol, the tilapia and veg were served first, the binakol–chicken broth whose natural sweetness us heightened with coconut water–poured over everything after. I kept going back for more broth.

After that, there was Mango Escabeche with Local Dried Fish, a different take on both escabeche and daing.

Last was Suman at Mangga ice cream from Manila Creamery. “I found Manila Creamery at Gourmand Market in BGC and I was just freaking out over the Mangga’t Suman,” Gilbuena says. “‘Why didn’t I think of this? It’s ingenious!'”

Salo sa Taal was an interesting exercise in a reinterpretation of Filipino cuisine, your grandmother’s recipes infused with a decidedly American mindset.

“I don’t know (when I’ll be back),” Gilbuena says. “That’s why I really wanted to take advantage of the time that I’m here, get to know as many people as I can, get to see what people here are doing. It’s so awesome.”